Australia - the land of retail opportunity 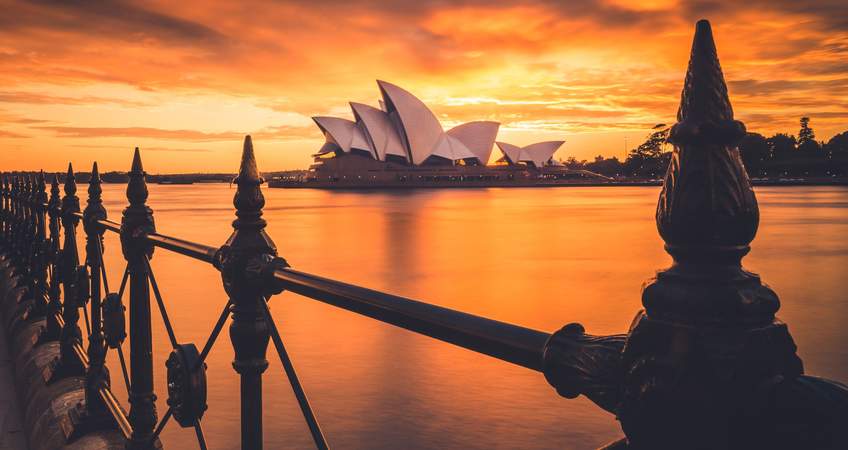 Are you a retailer considering expansion into the Australian market?

This research has been pulled together as an introductory look at Australia and why this geographical region is a good expansion option for international retailers/brands looking outwardly to different markets.

The research has brought forward 10 good reasons to consider Australia, and within each reason if not obvious, there is a brief explanation as to how this will influence a retailer's approach to planning the phase 1 proof of concept strategy to ensure its success.

Hopefully the research below will assist those retailers considering this move.

Some high level numbers as an introduction:


The breakdown of what Australian consumers are buying and who they are buying from….

While the above paints a broad picture, when looking specifically at online fashion sales and consumer buying activity for fashion (for those fashion retailers interested), a different picture of the size of the opportunity becomes clearer for retailers who live in this space (stats come from 2016 data):

Why is there such opportunity?

Despite having a smaller population than neighbouring Asian regions, there are 10 key factors as to why Australia has become one of the worlds big online retail opportunities.

Despite all the noise that comes with deep economic analysis of a country, overall, the Australian economy is strong.

Some brief highlights to support…

Australia has a high standard of logistical infrastructure. Freight generated through domestic economic activity is predominantly moved through the land transport network (road and rail) and coastal shipping.

Over 75 per cent of non-bulk domestic freight is currently carried on roads.

Just recently (May 2017) the Australian Government announced plans to invest another $75 billion in more infrastructure “to kickstart Australia’s next growth phase”. The investment will be spread across multiple initiatives (road, rail) including upgrading broadband networking.

This exposes retailers to a high concentration of highly engaged consumers.

Retailers can be strategic in their approach when launching in Australia by initially targeting these densely populated regions and establish solid logistical support only in these areas.

This helps leverage the “low hanging fruit” and develop a proof of retail concept.

Population summary of its five largest cities (as of June 2017)…

Internet Live Stats shows 85% of Australians have access to the internet and the number of “online users” grows at a rate of 1.7% which is considered high.

Google’s Consumer Barometer Report found 72% of those aged 55+ are online daily. Strategically, this becomes important for those retailers seeking an older audience, because this market (typically) has expendable income.

#5 Hand held devices on the rise

There are nearly 20 million mobile phone users in Australia. What makes this statistic a reflection of the opportunity in this country is the high adoption of Australian’s buying online with these devices.

In 2015, a study found 35% of eCommerce transactions were made on smartphones, putting Australia at the forefront of smartphone engagement and more importantly smartphone commerce.

Australians are the most connected consumer in the world. On average, Australians have access to 3.1 devices per person, the highest average device per person globally.

This also translates to a high incidence of cross device behaviour by the Australian consumer and it’s important to not just think consumers are moving from smartphone to desktop. They are also moving from desktop to smartphone.

Australian retailers have a long way to go to improve their online experiences on smartphones, but the graphic below (that has come from iab Australia) shows the consumer sentiment when shopping/information gathering on the smaller screens….

This is not a reflection of the high standard of smartphone sites, it shows the market’s appetite to engage with retailers across all screens.

#6: Mobile is heavily entrenched in the buying journey

58% of Australians engaged in “showrooming” behaviours (“showrooming” – going in store to view a product then buying online).

This does not necessarily mean a retailer must open a bricks and mortar location in its first phase expansion plan. What this does mean however, is the establishment of a robust monitoring function that looks at both quantitative and qualitative feedback/data to determine its shortcomings from the perspective of the market the retailer is trying to reach.

The Australian consumer is socially active in the digital context. As of April 2017, the summary is a representation of the Australian’s dependency on social platforms:

Considerable forward planning of the social strategy is recommended in a phase 1 launch into Australia, to develop awareness through the effective use of authentic content that aligns to brand.

The Australian consumer wants to engage, it comes down to the standard of content and conduct by brands to leverage this opportunity.

All Australian retailers have a level of anxiety over Amazon’s imminent arrival, but it’s true impacts will not be known for some time (Amazon in Australia is due to launch soon).

There is no doubt eBay Australia is a top performing marketplace and one of the most trafficked sites in the region, however, what makes Australia different from other densely populated Asian regions (for example Japan, South Korea) is, the absence (at this stage) of a true “destination” online marketplace.

While Japan has similar characteristics to Australia in the sense of population concentration and well-developed infrastructure, it’s online retail landscape is dominated by three marketplaces:

The above three comprise 50% of all online retail purchasing in Japan explaining the high concentration of smartphone commerce, (many purchases will be APP driven).

It’s important to note, marketplace dominance serves as both opportunity and risk to retailers. While marketplaces are good in the sense it enables retailers to build awareness it also brings with it limitations…

While a retail strategy can incorporate marketplaces, it is not the silver bullet solution in Australia.

Working through marketplaces is not enough in Australia’s retail climate. Retailers who own the “brand story” need to own the telling of that story and elegantly connect this brand storytelling to commerce.

This may appear to be an odd positive, but this is in the context leveraging best practice experience design principles as a phase 1 approach to learning the buying and information gathering idiosyncrasies of a new market.

This is not to say there are no best practice approaches to laying out pages and content for Asian regions, however, if a retailer is currently targeting an English speaking market, a combination of insights and best practice can be leveraged and be initially applied to the digital channel in Australia.

Quicker wins can be gained and is why it’s being calling out.

Forbes called out a study completed by Akamai known as the “State of the Internet” report (released Q1 2017) and found Australia is currently ranked 51st in the world when it comes to internet speeds.

To provide some context to Australia’s current speed situation, it has an average speed of 8.5 Mbps (“Mbps” = megabits per second), and Netflix recommends speeds of 25 Mbps for Ultra HD quality.

In Australia’s defense, achieving a high standard of internet speed across the country is no easy feat. It’s a large country with multiple major centers spread throughout. It’s not fair to compare it to say Singapore, for example, “where a single switch provides hundreds of thousands of people with internet”.

This is a “positive” in the context of opportunity because despite this speed shortcoming, Australia still shows all the positive signals mentioned above.

Also, Australia’s National Broadband Network (NBN) has a rollout plan with a target of moving the speed needle from 8.5 Mbps to 25 Mbps (refer to the infrastructure investment mentioned earlier).

There are more positive dynamics to making Australia a very appealing option for international retailers, but for now, these 10 should provide enough information to stimulate more research for those interested.

The next crucial conversation is to look at the best practice approach to launching international digital channels, and more specifically, launching in Australia.

This article was as tagged as Best Practice , Customer Experience Design , Digital Strategy